Hi, everyone! I’m here today with something quite special. The final book in the Vault of Dreamers trilogy is releasing this week! (In fact, there is a launch party happening tonight!) The wonderful Caragh M. O’Brien has agreed to let me interview her here and pick her brain about her writing and her new projects.

If you haven’t tried the Vault of Dreamers series yet, you still have time to pick up the first two books before The Keep of Ages releases on Tuesday, the 29th! This series will have you at the edge of your seat, and I can’t wait for the world to experience the final installment! My review of The Keep of Ages will be up on the book’s release day. Spoiler Alert: It’s AMAZING!

Now let’s get into this interview!

Hi Caragh! Thanks so much for joining me today! It’s an honor to have you here. I am so excited to have The Keep of Ages in my hands and to devour the end of this trilogy!

Thanks, MC! I’m so happy to be here. I love following your lively, bookish shenanigans on Blame it on the Books almost as much as I love knowing you in real life!

The Vault of Dreamers trilogy has such a complex and unique plot. I have never read anything like it. What drew you to telling this story and creating such an intricate world?

I’ve always been intrigued by behind-the-scenes activity of a show and the inner workings below the surface of a seemingly normal conversation. What makes that effect work? What are those people thinking? Consequently, the possibilities around an art school that doubles as a reality TV show seemed fascinating to me, and once I threw in a dream mining element, the psychological factors hooked me even more. I started Rosie’s story to find out what would happen. Now, by the third book in the series, developments have propelled my characters into a new world set in a derelict horror theme park, and I’ve been grappling with some deep philosophical concepts. I’m thinking a lot about human nature and what it means to be alive. The truth is, I don’t set out trying to write a complex novel, but when my characters have secrets and, in some cases, evil ambitions, I end up writing in layers.

You have written some of the creepiest villains I have ever encountered. Dean Berg absolutely gives me goosebumps. How do you find the inspiration for these villains and their motivations? (Having had the pleasure of meeting you, I know that you are incredibly kind, and the evil that you write doesn’t match your personality at all!)

You are so sweet, MC. I have to say that Dean Berg creeps me out, too, as does Ian, his younger counterpart. When I was in high school, I hated feeling like people in authority had power over me. I had nightmares of helplessness. Now, when I create evil characters, I tap into some of those feelings. My villains often have a veneer of everyday charm or trustworthiness that gives them credibility. Dean Berg runs a prestigious school, for instance, and he couldn’t have arrived where he is without some real skills. He has a weakness, though: his fear of his encroaching Huntington’s disease. That makes him desperately ruthless, but it also makes me sympathize with him because his suffering is real. When I can mostly hate a villain but also have mixed feelings about him, that works me up.

What is the most difficult part of the writing process for you? World-building? Outlining? Romantic scenes? Something else? How do you overcome these obstacles when you encounter them?

Writing first drafts is the most difficult part of the process for me. I labor to get the scenes down, and then I have to resist my urge to delete them because they seem execrable—boring, poorly written, slowly paced, going nowhere. And yet, at some level, I’m learning which characters matter and why. I’m discovering the threads of the novel with my people for the very first time. To get past the difficulty, I remind myself with every page that’s it only for me, that I’m here to explore my own mind, that I have no one else to please. Also, I know that once I’m revising, I’ll be much happier.

Do you have a favorite scene in the Vault of Dreamers trilogy? What part of this series was the most fun for you to write?

I have so many favorite scenes! It’s hard to pick one that isn’t a spoiler. Actually, it’s impossible to pick one that isn’t a spoiler. Here’s the best I can do. There’s one scene in The Keep of Ages (Vault of Dreamers #3) when Rosie and two guys are on a porch overlooking the Pacific Ocean, and they have an awkward conversation about a kiss that happened back in The Rule of Mirrors (Vault of Dreamers #2). I like it because it’s not what you’d expect. It takes the concept of a romantic jealousy scene and turns it upside down on its head, and in the process, the characters feel more real and nuanced than ever. I had a lot of fun writing that scene.

This is a question that I always love to ask authors: What does your writing space look like? Are you someone that prefers to work in order or in chaos?

My writing space is pretty unremarkable. Let me see if I can snap a revealing selfie. Yes. I’m basically hanging out on my couch in my library with my laptop. I have a pile of random blankets and a sweater beside me because I’m often cold, even on a hot day. The rest of the room is fairly tidy and the house is quiet because my husband is at work and our children have grown up and moved away. It’s peaceful. It’s actually pretty blissful, now that I think of it.

Now that this trilogy is coming to a close with the release of The Keep of Ages, what is in store for you next? Are you working on any other projects at the moment? (Please, please, please say yes!)

I am working on a new project! I’m in my first draft stage, so it’s very raw and murky, but I’m very pleased with my basic premise and my main character. It’s a young adult novel that has to do with time and the way it throws us into repeating grooves. It has an island, too.
Thank you so much, MC, for having me by Blame it on the Books! You are such a sweet friend and I’m so grateful for your support! Happy reading to you and your followers!

Caragh M. O’Brien is the author of the BIRTHMARKED trilogy and THE VAULT OF DREAMERS series, both from Macmillan/Roaring Brook Press. Born in St. Paul, Minnesota, Ms. O’Brien was educated at Williams College and earned her MA in the Writing Seminars from Johns Hopkins University. Her young adult science fiction has been honored by the YALSA Best Fiction for Young Adults, the Amelia Bloomer Award, the Junior Library Guild, and numerous state reading lists. A former high school English teacher, she now writes young adult novels full time from her home in rural Connecticut.

Rave Reviews for The Keep of Ages!

“A fast, satisfying psychological thriller.”
— Kirkus, The Vault of Dreamers

“O’Brien…mixes the appeal of a classic boarding school novel with modern concerns about surveillance and reality as performance art, while questioning how human perception creates that reality in the first place.
— “Publishers Weekly, The Vault of Dreamers

Find The Keep of Ages!

When you get to interview a favorite author…..

Sunday Street Team was created by the amazing Nori at ReadWriteLove28. To sign up to join the team, click here. Hi everyone! I’m here today with an interview with the author of The Disappearances, Emily Bain Murphy. This book sounds soooooooooo interesting and I can’t wait to read it! Keep reading to learn a little more about Emily and what she has in store for us with her debut novel! Hi Emily! Thanks so much […]

Sunday Street Team was created by the amazing Nori at ReadWriteLove28. To sign up to join the team, click here. Author Interview: Hi Tara! Thanks so much for being here! Congratulations on having your first novel published! Yay!!!!! I’m curious…was Timekeeper one of the first manuscripts you wrote? How long have you been writing and how much did you write before Timekeeper? Thanks so much for having me! Actually, Timekeeper was my 10th manuscript, […]

Hello, hello! I’m so excited to be a part of the Knights of Whitechapel and today I have a special guest here to talk to us! The fantastic Kerri Maniscalco agreed to let me pick her brain a bit! I will be reviewing this book in a separate post, but spoiler alert! I LOVED it! It is beautifully written and gripping and haunting and….I should really stop before I go […]

Hey, howdy, hey everyone! In case you didn’t know, Bookitcon: Chapter Two is coming up in just a few weeks on August 7! Bookitcon is created and run by the amazing Nori at ReadWriteLove28. I will leave everything you need to know about Bookitcon (and even ways to be a part of it for those who can’t attend) down below. But first, let me introduce you to the fantastic S. […]

Sunday Street Team was created by the amazing Nori at ReadWriteLove28. To sign up to join the team, click here. Title: The Year of Lightning Author: Ryan Dalton Synopsis: When 15-year-old twins Malcolm and Valentine Gilbert moved to a new town, they never imagined that the old house across the street could bring them so much trouble. A secret machine has reawakened inside, with the power to pierce time itself. Meanwhile, lightning storms are breaking […] 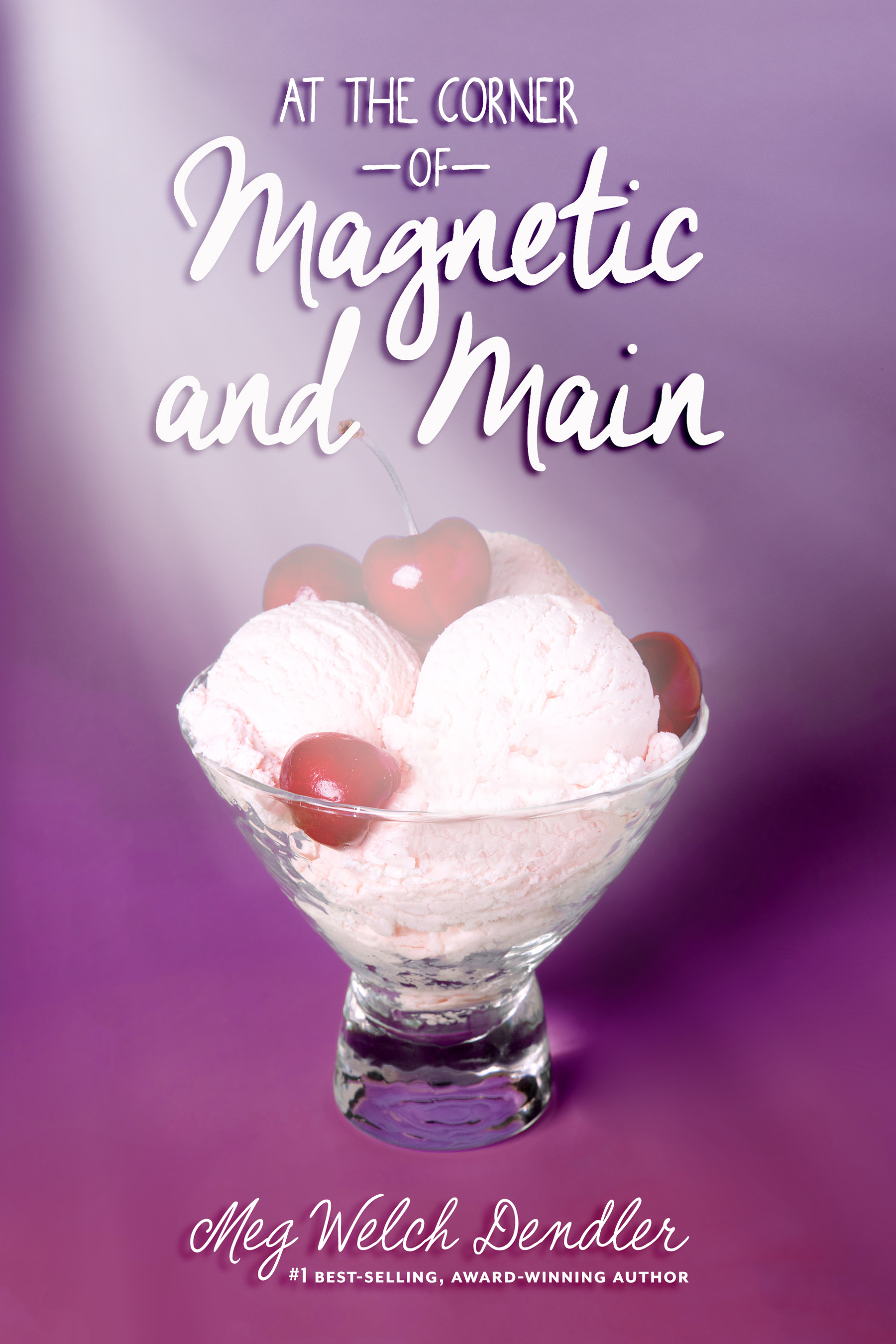 Hello everyone, and welcome to my stop on the blog tour for At the Corner of Magnetic and Main by Meg Welch Dendler! I’m so excited to be a part of this blog tour because I was so pleasantly surprised by this book and I highly recommend it! And I was lucky enough to have Meg join me here for a small interview so you can all get to know […]