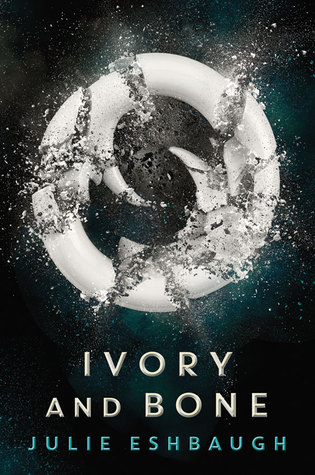 A prehistoric fantasy—with allusions to Pride and Prejudice.
Hunting, gathering, and keeping his family safe—that’s the life seventeen-year-old Kol knows. Then bold, enigmatic Mya arrives from the south with her family, and Kol is captivated. He wants her to like and trust him, but any hopes of impressing her are ruined when he makes a careless—and nearly grave—mistake. However, there’s something more to Mya’s cool disdain…a history wrought with loss that comes to light when another clan arrives. With them is Lo, an enemy from Mya’s past who Mya swears has ulterior motives.
As Kol gets to know Lo, tensions between Mya and Lo escalate until violence erupts. Faced with shattering losses, Kol is forced to question every person he’s trusted. One thing is for sure: this was a war that Mya or Lo—Kol doesn’t know which—had been planning all along.

I have been sitting here staring at my computer for so long trying to write this review. I tried walking away from it and coming back, but still, I am finding this review very hard to write. I can’t seem to come up with a good way to introduce this book, so I’m just going to come out and say it….I did not like Ivory and Bone. Let’s talk about why…

First of all, it was slow. I’m talking slooooooooooowwwwwww. It took over 200 pages before any action really happened. That is way too long to ask a reader to wait for something exciting. I kept trying to remind myself that this book took place in prehistoric times, and life was much simpler back then. Their lives consisted of hunting mammoths and catching fish. But still, I found myself really bored a lot of the time as I was reading. And then by the time we actually got around to the action, I was so bored that totally didn’t care what happened to the characters. Also, after waiting and waiting for an explanation, the “plot twist,” or explanation of the hostilities in the book, was the biggest letdown ever, and again, I just didn’t care.

Speaking of slow, let’s talk about the romance. It is the slowest of the slow-burning romance. A slow-burn is fine, but man, this took FOREVER. And honestly, by the time we finally got around to the resolution of the romance, I didn’t believe it whatsoever, and, like I said before, I didn’t care at all about the characters.

I think something that contributed to my problem with the romance is that this story was told in second person, and was intended to put the reader in the shoes of the main female character, Mya. We are supposed to feel as though we are Mya, and the main character, Kol, is telling us a story. This was a really interesting concept, but it didn’t work for me. The way Mya was portrayed, it appeared as if she hated Kol and was completely not interested in him. So when I kept hearing the story from Kol’s point of view, with him continually talking about how he couldn’t stop thinking about Mya, I felt like it was a bit creepy. This is probably just me, but I through the entire story I wanted to yell, “Dude! She’s not interested! Stop being such a creep!”

A really big problem that I have with this book has to do with the way it is marketed. This may not have anything to do with the author, and if that is the case, I feel very bad that the publisher did such a disservice to Julie Eshbaugh. Ivory and Bone is marketed as a “prehistoric fantasy.” THIS. BOOK. IS. NOT. A. FANTASY. There are absolutely no fantasy elements in this book. I have discussed this a lot with other bloggers, and pretty much everyone agrees that there is nothing in this book that would classify it as part of the fantasy genre. Personally, I would call it historical fiction. Someone brought to my attention that maybe the entire world this book takes place in is supposed to be an alternate reality to our own. If that is the case, I can understand the fantasy classification, but unfortunately, that means that the author did a very poor job of making this clear. If you have any thoughts on this topic, please let me know. I have really been thinking about this dilemma a lot lately and I really want to hear what other people have to say. I have a lot more to say on the topic as well, so I want to discuss this in further detail in the future.

It was so hard for me to write this review because it is probably one of the most negative reviews I have ever written. Typically, a book has to be very poorly written for me to give it a one star rating, so Julie Eshbaugh’s writing style saved this book for me. I thought the writing style was quite enjoyable, but there was so much that disappointed me about this book. If you have read Ivory and Bone, I would love to hear what you think of it. I have been thinking about this book a lot lately, and I really want to hear other people’s opinions. And if you have any insight as to why this book is classified as a fantasy, please let me know!

When you can’t find the fantasy…..

2 responses to “ARC Review: Ivory and Bone by Julie Eshbaugh”